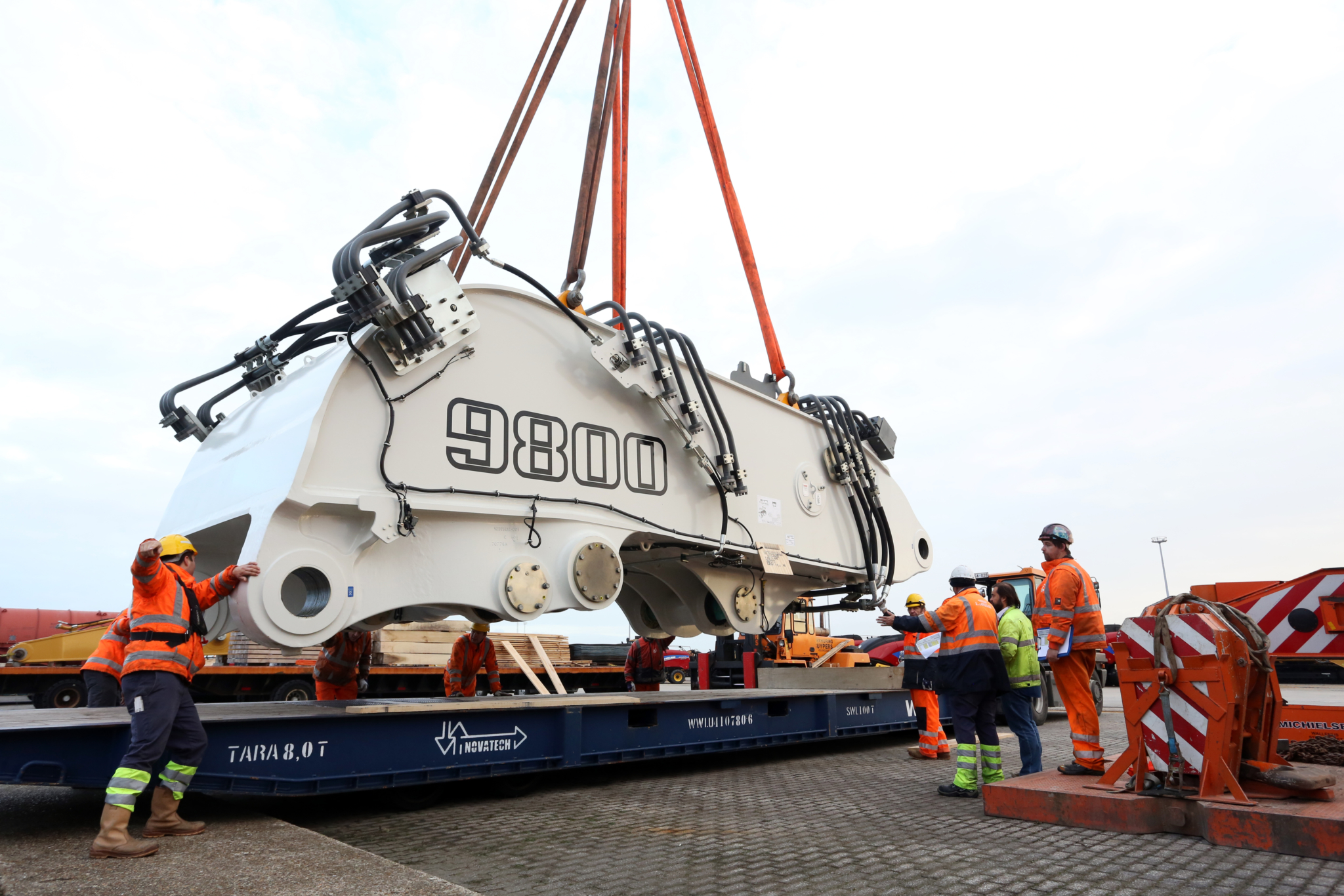 The Liebherr R9800 was developed as the optimal loading tool for large scale mining operations with an operating weight of up to 810,000kg and an engine output of 4,000hp. This particular machine has been sold to Kumba Iron Ore; which is leading supplier of high quality iron ore to the global steel industry.

With strict transport regulations in South Africa creating a tight shipping window, it was very important for Liebherr to find a solution to get the excavator to their customer in a safe and efficient manner. Any delays in delivery would have an effect on the reassembly of the components, with the potential to suspend production and create costly downtime for their customer.

The WWL ALS team in Moerdijk, Netherlands were responsible for the organisation and co-ordination of the transportation working closely with WWL; to ensure the components arrived at the Port of Zeebrugge on time to meet the sailing schedule of WWLs RO/RO vessel.

A member of the WWL ALS team was in attendance throughout all the loading and unloading.

The disassembled components which were up to 11 metres long, over 100tonnes unit weight and more than 4 metres high were transported overland to the river port in Strasbourg, France.

The cargo was then loaded onto a river barge, which arrived in Zeebrugge port on time. With varying heights, several MAFI trailers were used to transfer the excavator components safely onto WWLs vessel M/V Tortugas ready for its onward voyage to South Africa.