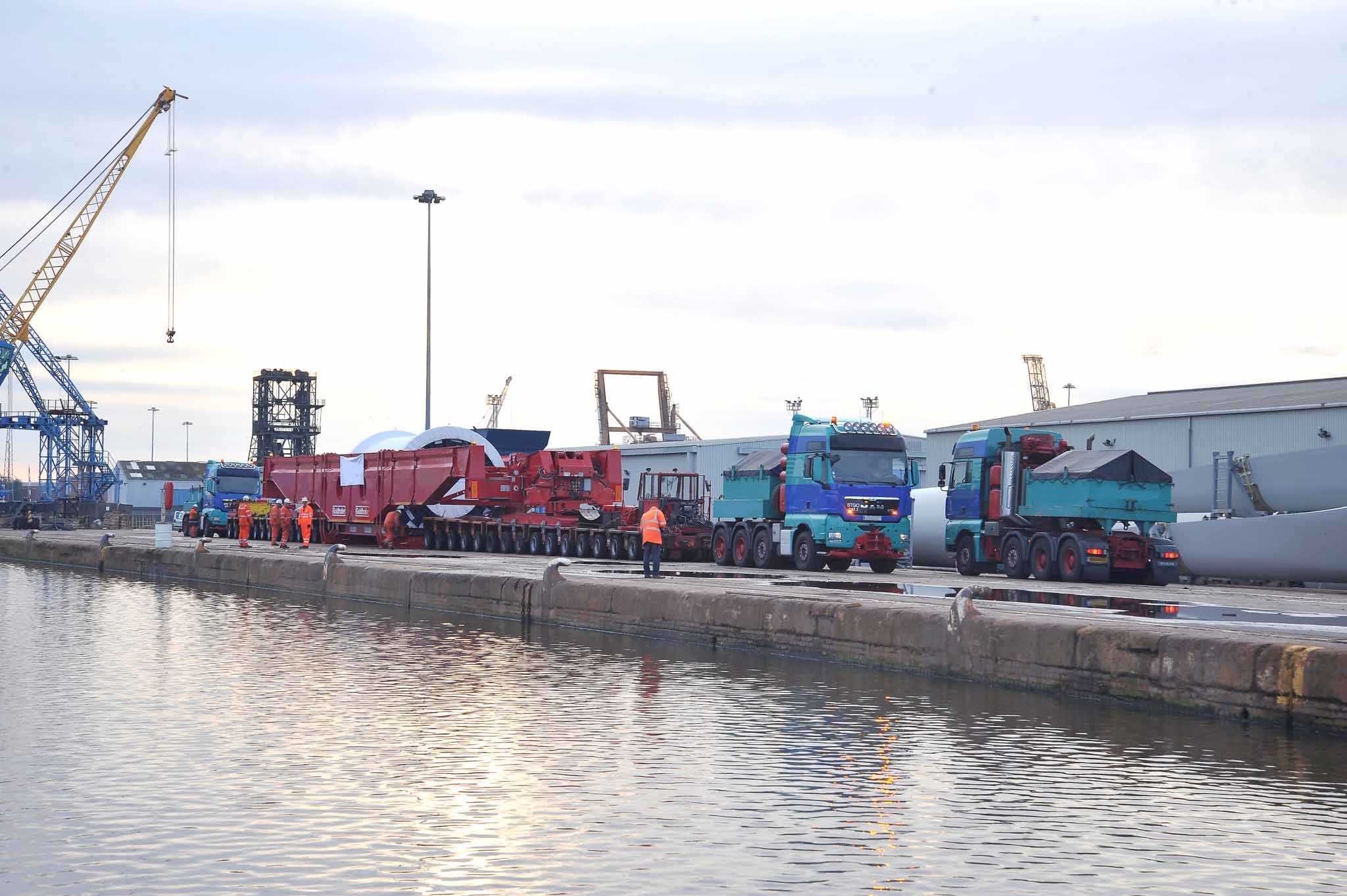 On maiden voyage for a trailer equivalent to the length of approximately six double decker buses!

The 300T reel of OCEANMAX® steel wire rope manufactured by Brunton Shaw and destined for the Gulf of Mexico, was transported from Worksop to Goole by road. Preparations for the loading included a jacking & skating operation and a trailer configuration build, which took a total of 5 days to complete.

The journey began in October with the combined length of one tractor unit pulling, the girder set and two pushing units taking the trailer length to 90m with a total of 292 wheels!

The load left the Brunton Shaw manufacturing plant under police escort, on its 67 kilometre overnight journey to the port, which took a little over 9 hours, travelling at an average speed of 7 miles per hour.

For such a technically complex move, it takes months of planning and preparation with route surveys being undertaken and arrangements having to be made with the Highways Agency, Police Forces and with relevant councils to remove street furniture on local roads to allow the cargo to make its trip. A section of the journey involved the closure of the M62 motorway, with the trailer having to be driven in contraflow to the normal traffic direction.

Upon arrival at Goole Port, the reel was unloaded onto heavy duty stools to enable the use of a self-propelled modular trailer (SPMT), brought in at a later date to manoeuvre the cargo alongside the vessel for discharge by a 1,000 T mobile crane.

A dedicated short sea vessel was organised by ALS to ship the reel to a heavy lift terminal in Holland. The WWL ALS project team arranged for the reel to be offloaded by floating crane, where it was subsequently loaded to a heavy lift ocean going vessel for transportation to the US in the Gulf of Mexico.

The ALS team provided all of the loading, lashing and securing including marine and warranty survey. Force and weight spreading calculations were necessary due to the extremely high point weight loading on the deck.

This vessel arrived in the USA at the end of November.